What parents need to know about Cannabis 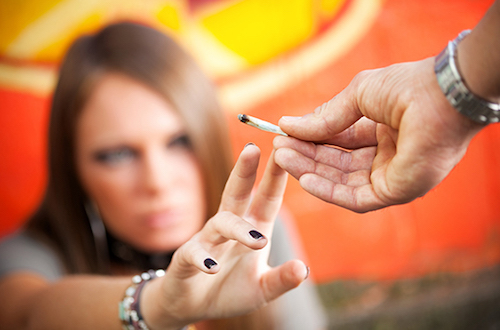 Professor Jan Copeland MAPS, Founding Director of the National Cannabis Prevention and Information Centre, at the University of New South Wales maintains that the effects of cannabis dependence on health and psychosocial functioning are often under-recognised, and under-treated, in primary healthcare settings and even in specialist mental health and drug treatment services. Writing in the Australian Psychological Society InPsych magazine in 2012 she wrote:

This evidence base is emerging at a time when there is increasing debate in many countries regarding the regulation of cannabis. Voters in California, Massachusetts and Nevada decided in November 2016 to legalize the recreational use of marijuana in their states. These three states joined Alaska, Colorado, Oregon, Washington and the District of Columbia, which had already legalized the drug for recreational use in previous votes. In addition, four states voted  in November 2016 to legalize using marijuana for medical reasons: Arkansas, Florida, Montana and North Dakota. That means that medical marijuana is now legal in 28 states.

My young clients are not unaware of these changes, or of high-profile AFL and NRL players, rappers and pop singers and even politicians making their views and histories of cannabis use known. Professor Copeland points out that much of this “…reinforces a view that cannabis is a ‘soft drug’ with minimal negative impact on the physical and mental health of individuals”. She points out that such views often disregard noteworthy changes in the patterns of cannabis use over the past 30 or so years.

These include:  “a declining age of initiation of cannabis use, the use of indoor growing techniques, sinsemilla (growing without seeds and female only plants), and more frequent and heavier use patterns, alone and with peers. In addition, the balance of the cannabinoids have been altered such that potency has been increased due to seed production designed to raise the level of THC (the principal psychoactive compound) at the expense of cannabidiol (CBD) which has antipsychotic and anxiolytic properties.”

What are the harms associated with cannabis use?

Early, regular and heavy users are at high risk of cannabis dependence and other related adverse outcomes. Using cannabis during key stages of brain development can impact on synaptic pruning (when old neural connections are deleted) and the development of white matter (which transmits signals in the brain). Contrary to what many of my clients tell me – one joint can hurt - a recent University College London study found that smoking just one cannabis joint reduces a person’s motivation to work for money. For the first time, scientists have confirmed that cannabis users who inhale a small amount are less likely to choose a high-effort task while intoxicated.

This impact on motivation was demonstrated in another recent study at Imperial College London that showed long-term use of the drug destroys dopamine, the feel-good chemical in the brain that inspires a spirit of get-up-and-go. Levels of dopamine in a part of the brain called the striatum - involved in motivation - were lower in regular cannabis users. Unsurprisingly then, another study, led by the University of California, found those who smoked cannabis regularly ended up with lower-paying, less skilled and less prestigious jobs than those who were not regular cannabis smokers.

Young people often tell me that smoking cannabis is safer than cigarettes. Wrong again, the British Lung Foundation says smoking three joints a day can cause the same damage to the airways as a pack of 20 cigarettes.

Some of my clients who smoke cannabis regularly also tell me that it doesn’t impact on their academic work. However, new research from Canada's Western University has found that teenagers who try marijuana dramatically lower their IQ and raise their risk of developing brain dysfunction, depression, and bipolar disorder. The younger the brain, the weaker it is as it grows and strengthens, scientists at warn.

But it gets worse. Cannabis has been found by scientists from the Karolinska Institute in Stockholm to increase chances of dying early. They analyzed more than 45,000 young men who underwent mandatory military training in Sweden between 1969 and 1970. Research found that teens who used marijuana heavily were 40 per cent more likely to die by age 60 than those who never used the drug

Professor Copeland notes that “…early initiation and regular adolescent use have been identified as risk factors for later problematic cannabis (and other drug) use, impaired mental health, delinquency, lower educational achievement, risky sexual behaviour and criminal offending. The association with respiratory and cardiovascular disease is emerging as those using cannabis over time have aged.

Does smoking cannabis cause schizophrenia?

The relationship between cannabis use and risk of developing symptoms of psychosis has been well established in many different review articles. This research has found that early and frequent cannabis use is a component cause of psychosis, which interacts with other risk factors such as family history of psychosis, history of childhood abuse and expression of the COMT and AKT1 genes. These interactions make it difficult to determine the exact role of cannabis use in causing psychosis that may not have otherwise occurred.

Professor Copeland notes that, “Cannabis has been shown to make psychotic symptoms worse in those who already have a psychotic disorder such as schizophrenia..early and heavy use of cannabis are associated with up to six times the risk for schizophrenia, especially smoking three or more times per week before the age of fifteen. Those with a vulnerability to develop schizophrenia, such as having a family history of the illness, should be strongly advised against using cannabis for this reason. Those diagnosed with a psychotic disorder should also avoid cannabis use as it markedly worsens the course of the disease.”

What are the intervention options?

So what can a parent do if they discover their son or daughter has a cannabis habit? Professor Copeland notes that there are no evidence-based pharmacotherapies for the management of cannabis withdrawal or to assist with relapse prevention. “..A number of trials of medications are underway in Australia, with the most promising being Sativex (a botanical extract of the whole cannabis plant with balanced THC:CBD ratios used in a mouth spray) shortly to be completed as a Phase 2a trial in Sydney and Newcastle.”

In terms of psychological interventions, cognitive behaviour therapy and contingency management have the strongest evidence base. A free web-based CBT program for teenagers, ‘Clear Your Vision' has been evaluated in a randomised controlled trial and is available online. A similarly evaluated four-session telephone-based intervention for clients is available from the free national Cannabis information and helpline (1800 30 40 50).